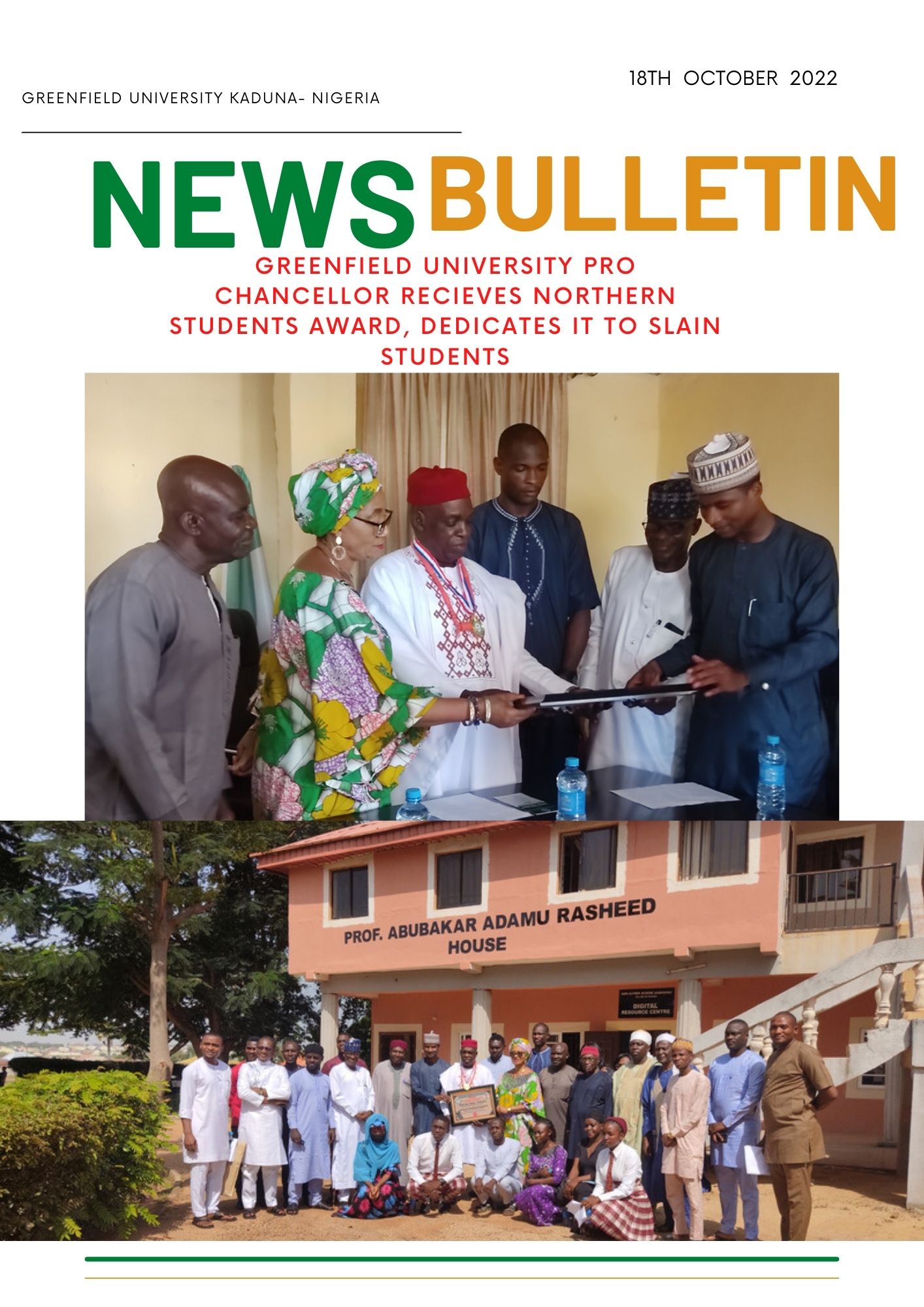 While relishing an Award of Excellence bestowed on him by the National Association of Northern Nigerian Students, Founder/Pro Chancellor, Greenfield University Kaduna, Engineer Simon I. Nwakacha (Onwa of Umueri) has dedicated it to students of the instituition who lost their lives during an unfortunate kidnapping by bandits at its main campus.

Chief Nwakacha expressed this on Tuesday October 18, 2022 at the Greenfield University City Campus, Kudenda, shortly after receiving the award.

“This award is dedicated to all those who lost their lives in the struggle, the present students, Imperial students, in fact, the whole world,” he said.

According to the Pro Chancellor while fielding questions from newsmen, he feels great because the award was presented by students of educational institutions in Nigeria and would spur him on to doing more.

“There is a lot of work to be done to ensure a brighter future, we would continue to do our best,” he said.

He therefore, charged government to through its intervention agencies, support private institutions to ensure that Nigerian students excel in all ramifications.

“I am saying that government itself has been saying that they cannot do it alone, they need people to come and assist them so they should support private universities.

“Even in advanced countries, government was giving palliatives to Harvard and others. It’s better government takes all along, not necessarily equally, but it should be inclusive,” he appealed.

In his remarks at the ceremony, Benjamin Danjuma Barde, Yeriman Gbagyi, a traditional leader said that the award was well deserved.

“When I received the invitation for this award, I said it is not a mistake. As a representative of the community, we know he has done so much for the community in many regards, as well as scholarship.

“You are a blessing to the Gbagyi Chiefdom. This is just the beginning, more awards will come.

“To the students, I urge you to be dedicated to your studies. As you go back, I pray God takes you back safely,” he said.

President of National Association of Northern Nigerian Students, Abdulrahman Ibrahim in an interview with newsmen, said that it is the tradition of the association to search for those that give to society, especially in education development to award them.

“The award in meant to encourage him to do more. Being someone from Anambra State and he decided to establish a university in the North, it shows he is a patriotic Nigerian,” he said.

The award presented to Chief Nwakacha was, “Epitome of Educational Development. 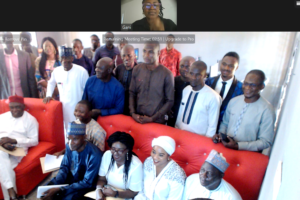 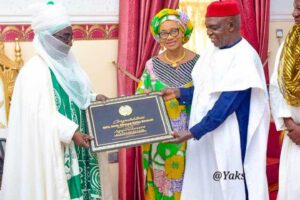